Automation can actually make our jobs better, not get rid of them 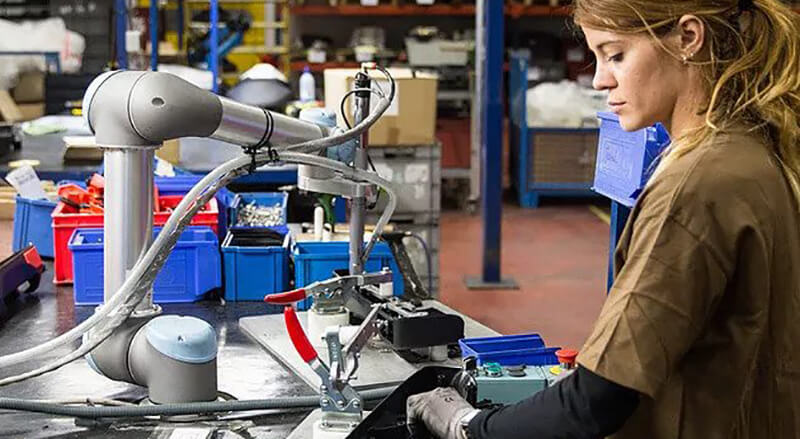 In the industrial automation workplace, one of the biggest fears is that the automation being adapted will be used to drive out jobs and even reduce job creation.

This is one of the biggest fears in the American workplace. It is this fear that even has some businesses hesitant to adopt automation in their manufacturing processes.

While fear-mongers and nay-sayers will continue to suggest that an automated workplace is no place for the human worker, very few studies suggest that is actually true.

Think back to the turn of the century and the Industrial Revolution. Companies slowly implemented machines to take the place of hand production and fears started to spread that the American worker was soon to be out of place on the manufacturing floor.

However, this was not to be. In fact, rather than turning workers out on their ear, quite the opposite happened. New jobs were created and production experienced more and more efficiencies while productivity continued to grow.

Now, like before, automation assumes the role of those machines – becoming a transformative part of the manufacturing workplace. But, for good reason. Remember, automation can go well beyond the factory floor and into the back office. A recent article by Business Insider cited a study by Smartsheet that found 40 percent of workers spend more than a quarter of their work week on repetitive tasks. Tasks like compiling reports, data entry and data collection are seemingly taking up more and more time that can be applied to tasks better served.

It is automation and even artificial intelligence that can take these repetitive tasks off our plate and allow the human worker to focus on more challenging modes of operation. The things that really require our minds to work. This can lead to many advantages for a company. Things like higher productivity, quicker market placement, and better efficiency.

Gene Farrell, with Smartsheet, puts it into perspective:

“On average, knowledge workers spend 10 hours a week on repetitive tasks and manual processes that could be automated,” said Farrell, senior vice president of product, Smartsheet, to Business Insider. “For perspective, that's 65 days of lost time per employee. If you have a team of 5,000 workers, that's 325,000 days per year absorbed by repetitive work that can be automated. With that in mind, it becomes strikingly clear that organizations that invest in automation will be at a huge competitive advantage and be best prepared for the future of work.”

Here are some things you can do to promote automation in the workplace:

On the manufacturing floor

The biggest fear in terms of automation replacing the workforce is in on the production floor. As robots become cheaper and smarter, workers fear that those robots will soon become the standard and the human element of manufacturing will be replaced.

If you look at our European brothers in Germany, production companies are rolling out robots at a rate of 3-to-1 compared to American companies, but they are also bringing on more and more humans. The lesson here is that companies are not looking at automation as an “either-or” scenario, but more a “and.” This means companies aren’t forced to choose between automation or humans but are using them hand-in-hand.

It’s true that robots can build at a faster rate than a human. That is simply a fact. However, robots lack the analytics and expertise to quickly solve problems faced by common manufacturing issues.

According to “Robots at Work” by George Graetz and Guy Michaels, Germany installed considerably more robots between 1993 and 2007 (the timeframe of their study), but only dropped about 19 percent of its workforce from 1996 to 2012 – Brookings Institution allows a three-year lag to give robots time to influence the market. By comparison, during that same time, the United States saw its manufacturing workforce decline by 33 percent while introducing a significantly less number of robots to the market.

So, if bringing more robots to bear equaled more jobs being lost, then these figures presented would not be plausible. In fact, if that were the case, Germany should have lost 50 percent more than it actually did, based on Graetz and Michaels’ study.

It should be of some concern that other countries have found it prudent to invest more in robotics while continuing to invest is humans. This gives countries like Germany, Korea, Italy, France and even Sweden somewhat of a competitive edge when it comes to manufacturing.

But, it certainly doesn’t have to be that way. American manufacturers are starting to take hold of the fact that robots and automation are becoming a driving force in the production process. The challenge becomes in balancing that with the need for a better-skilled human workforce.

In order to meet this growing challenge, it will be up to the American company to accelerate employee education.

That doesn’t mean sending all your team to school to learn how to operate robots or programmable logic controllers, but it does require an investment in the workforce of some kind.

We have to continue to provide lanes for current and prospective employees that are paved with both in-class training and the on-the-job experience with working in an automated environment. It also means investing in employees to teach those soft skills such as creativity and critical thinking so that working next to automation and artificial intelligence doesn’t create more work.

By making this kind of investment, companies do well on different fronts. One, that create a solid pipeline of workers that are prepared with the necessary skills and knowledge to perform the various functions required on the production floor in conjunction with automation. Two, the company does right by injecting these kinds of workers into the societal mix.

The kinds of positions that require these skills are not your average low-wage positions. These are strong wages that also offer an opportunity for advancement either within a company or in a different facility. This only helps to bolster the American middle-class structure.

The bottom line is that robots and automation is not something the American worker or the American business should fear. It is something that should be embraced. With the right attitude, the worker, manufacturer and end user can all win in the process.