Robotics and What Automate America Has To Offer

Automate America is an automation engineering company that believes in American Manufacturing, but we know that for American Manufacturers to compete with cheap labor around the world, we must practice the most efficient use of skilled labor. Automate America is the platform that makes the use of skilled automation labor efficient and profitable for the person doing the work and the customer. Do not hire an engineer with a specific skill that you only need for a few months, contract them on demand.

For PROFESSIONALS – It’s about freedom and control of your career, it’s about getting paid what you deserve, working hard, then taking long breaks between projects, starting your own engineering service firm without needing customers and jobs lined up ahead of time, it’s about living a balanced life where you do not worry about where your next contract is coming from. 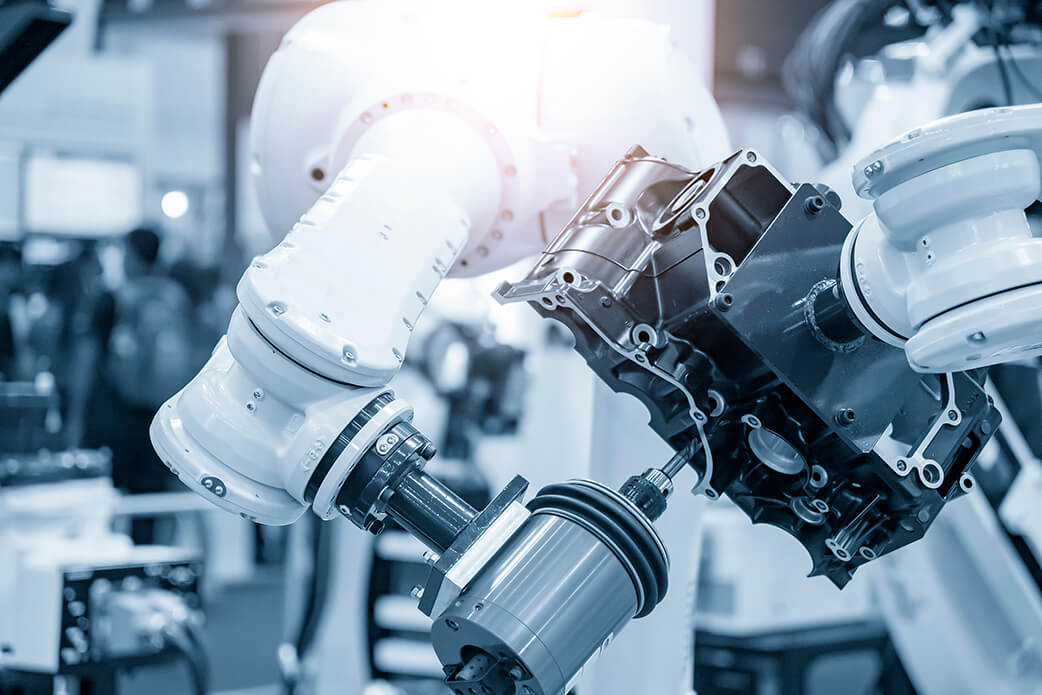 This marketplace was developed by a robot programmer with 15 years working on industrial robots in hundreds of automotive plants around the world.  We know how scary it can be as an independent contractor or small business working alone and competing in your world, so we have made it our mission to make it less stressful, more profitable, and much easier for you.

It took 23 years of automation experience, but we have found a way to improve the entire industry by creating the first ever online network for automation integrators, OEM manufacturers, part suppliers, system integrators, service companies and independent contractors to share needs and availability.

Automate America, 40,000+ skilled automation engineers on demand with a single supplier for customers to transact with. 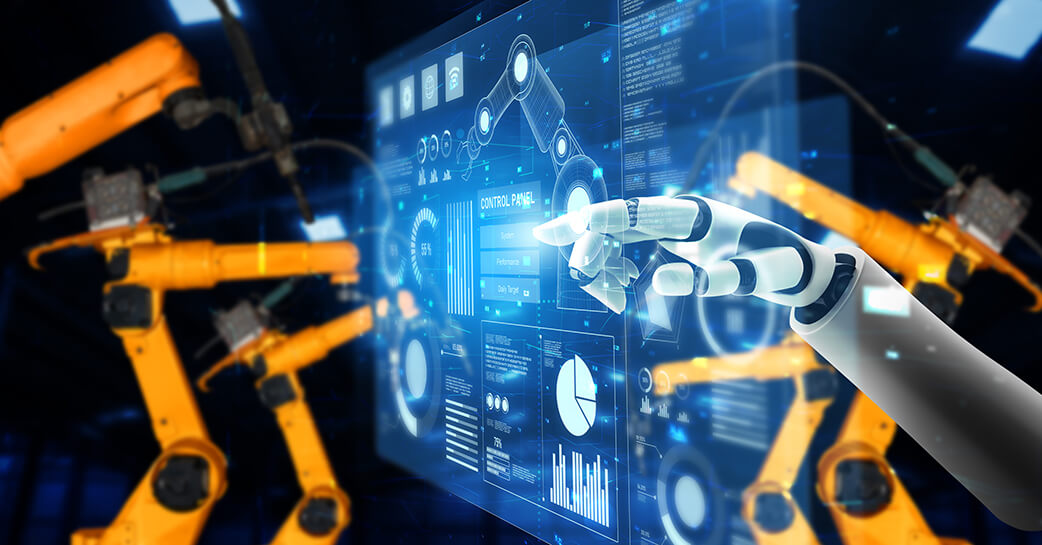 Automate America, Founded by Tony and Heather Wallace in 1999.

I got hired as a robot programmer by my best friend’s older brother and legend in the industry, Dan Jaraczewski at his engineering service company, DC Automation.  I am extremely grateful for the opportunity that Dan gave me, I learned so much from him and I vow to give a million automation professionals the same opportunities that he gave me.  I worked on so many great projects while at DCA.  Projects for Detroit Center Tool, Gonzalez,

ABB Auburn Hills, Tower Automotive, Kuka Systems, and many others.

First named Wallace Automation, the first customer asked if I knew anyone else. I was not planning on starting a service company, I just wanted to be a wealthy independent contractor like so many of those around me.  So I started contracting my friends to my customers and paying them almost the entire bill rate when I got paid from the customer.  Soon Heather finished college and took over all the back office and finances.  Before I knew it, we had 24 contractors working and renamed the company to Diverse Industries Inc. because we were beginning to work in other industries.

Then came the 2008 mortgage crisis and the automotive industry put on the breaks. Diverse Industries was brought to our knees for six months with almost no work.  Then came the “Outlier”, the project that changed everything, the BMW F25 Body Shop in Spartanburg South Carolina. I call it an outlier because all the good robot programmers in Michigan were available and looking for work when our customer Valiant called and needed tens of programmers to install the F25 automation.  It was not an easy project to win, it took weeks of negotiating and the last of our money was used to get apartments and advances for the guys to get down to South Carolina, but it was the start to many great years working at BMW and their local suppliers. At that time Michigan recovered so we opened an office there again.  We renamed the company again, this time to Diverse Automation.  As Diverse Automation, we went from offering only hourly contract services and adding an automation training academy for customers and the public, and we began fully engineering vision and robotic systems for our customers we even launched a full machine and fab shop. We hired a PHD and even started an R&D department to use drones for machine vision.  After having fun and building some amazing systems, we realized that the service department was the only area of the company generating profit. Systems never made money because of the downtime between work for each department.  Mechanical design was never busy when the installation team was working, programmers were not needed during the design phase, etc…  Project workflow was never consistent.  The service department was profitable, but we still did not fill a lot of contracts because we did not have an engineer with the skill that our customers needed waiting on the bench ready to go.  When did we have someone on the bench it took a long time to find the right project for them.  That’s when we realized the solution to both problems, we needed to flex our workforce on-demand, but there was no solution for that.  We needed a sharing marketplace for our industry.  That’s when we realized the solution, we had to build it ourselves, a website that allowed automation companies and manufacturers to post their contracts for free.  We needed to give all professionals and service companies access to all the work. Customers and every Automation company needed skilled professionals on demand.  That’s when we started building Automate America in 2015.  We launched it internally in 2017 and then to the public in 2019.

Future, 1,000,000 grateful members!  We will continue to add value to our customers by adding skilled and trusted contractors and engineering firms while making the businesses processes between us easier through software automation.  For professionals and engineering service companies we vow to continually bring you more opportunities at increased rates.  We will keep the marketplace open and fair to every professional.  We will represent your rights and fight for the best work possible.

We make automation easier and more profitable for all our members.

After attending Michigan State, Heather Wallace was a contract test engineer for wiper systems at Valeo, where she learned the importance of precision, statistics, and durability. After serving several years with Valeo, Heather started Diverse Industries. Quickly she evolved the company into a full automation systems engineering company. Heather began automating the back-office processes, from timesheets to invoices. Now operating as Automate America Heather’s company is almost 100% automated and extremely efficient.  No longer an automation systems company, Automate America is the community where thousands of automation professionals network over automation contracts and get work done! Heather manages all office automation and runs the back-office team with engineers working onsite and offsite around the world!

Heather enjoys white sand, blue water, boating, and hiking with her family, and has indisputable patience. 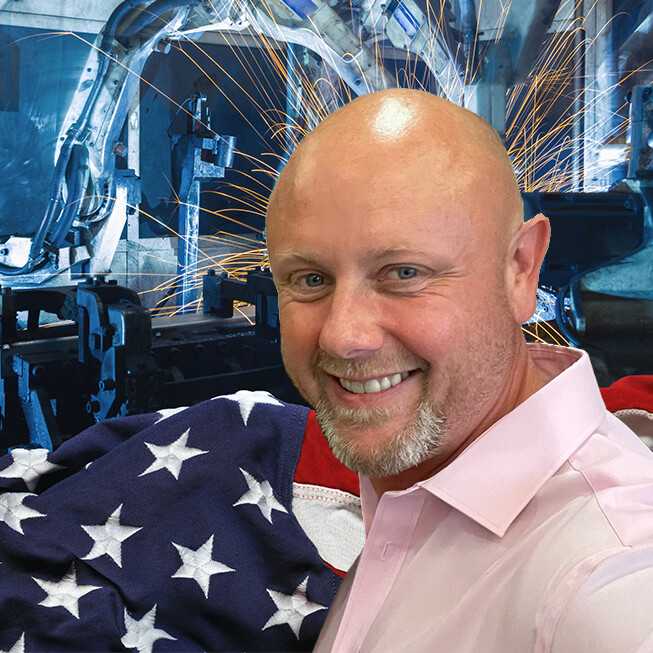 The goal is to have a positive impact on as many people as possible – 1,000,000 Grateful Members of the Automate America Community!

By giving our community more options of professionals and contracts around the world we are giving them freedom, the freedom to choose when, where and whom they work with.

When we instantly find the right professional with the right skills for a customer’s immediate need, we have made a positive impact on that business.

When we give a professional the confidence to become an independent contractor because we have an infinite supply of work that fits their skills, their income increases dramatically, and we have a huge impact on their lives and the lives of those that depend on them.

When we give a parent access to local contracts vs. out-of-town travel work, we have made a positive impact on multiple lives.

When we give a professional access to work in other states or countries that have always wanted to visit, we have made a positive impact.

We will make this world a better place by creating a free and fair platform for all professionals and work.